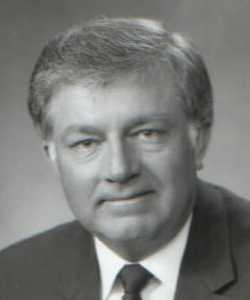 Justice Gierke was born in Williston, North Dakota, on March 13, 1943. He attended the University of North Dakota and received a B.A. degree in 1964 and a juris doctor degree from the University of North Dakota School of Law in 1966. He was admitted to the North Dakota Bar in 1966. He attended Judge Advocate General's School of the Army at the University of Virginia in 1967. He served as a Captain in the Judge Advocate General's Corps of the Army from May 1967 to April 1971. During the first two and one-half years of that time, he served as a legal assistance officer, with duties similar to those of a general office practice, and served in the military justice section, prosecuting and defending before courts-martial. From December 1969 to December 1970, he served as a trial judge in over 500 court-martials in the Republic of Vietnam. Upon return from Vietnam, he served as a military judge at Fort Carson, Colorado, until release from active duty in April 1971. Upon his return to North Dakota, he practiced law for 12 years in Watford City. During that time, he served as McKenzie County State's Attorney from 1974 to 1982 and City Attorney for Watford City from 1974 to September 1983. He served as President of the State Bar Association of North Dakota in 1982-83. In 1984, he received the Governor's Award for outstanding service to the state from Governor Olson. He served as State Commander of the North Dakota American Legion from 1983 to 1984, and was appointed State Judge Advocate of the North Dakota American Legion. On August 28, 1985, he was elected National Vice Commander of the American Legion, and on September 8, 1988, was elected National Commander of the American Legion. On September 2, 1983, Governor Allen I. Olson appointed him to the North Dakota Supreme Court to fill the remainder of Justice Paulson's term. He was elected to complete that term in November 1984. In November 1986, Justice Gierke was elected to a ten-year term. After serving on the Court for eight years, Justice Gierke resigned November 20, 1991, after his appointment by President George H.W. Bush to the United States Court of Appeals for the Armed Forces (previously the Court of Military Appeals) in Washington, D.C. He served as Chief Judge of that court from 2006-2008, and then took senior status.