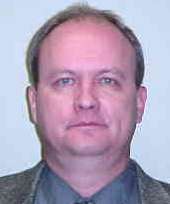 Born August 2, 1950 in Elkhart, Indiana. Received his bachelor's degree from the University of Toledo and his law degree from the University of North Dakota School of Law in 1983. Served in the U.S. Air Force, reaching the rank of captain. Admitted to practice in North Dakota in 1983. Engaged in private legal practice in Jamestown, ND, from 1983-2009. Appointed district judge in 2009 by Governor John Hoeven. Elected 2012. Married, Pamela, with three children.