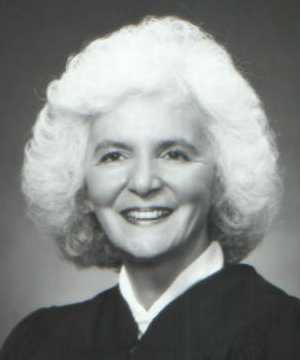 Justice Levine was born November 9, 1935, in Winnipeg, Manitoba. She attended the University of Manitoba from 1952 to 1955 and later obtained a B.A. degree in 1964 from that institution. She moved to the United States in 1955. She received a law degree from the University of North Dakota in 1974. Upon graduation from law school, she joined a law firm in Fargo and practiced with that firm for ten years. On January 17, 1985, she was appointed to the North Dakota Supreme Court by Governor George A. Sinner, becoming the first woman ever afforded that honor and privilege in North Dakota. She was elected to serve the remainder of the unexpired term in 1986, and on November 8, 1988, was elected to a ten-year term. Justice Levine chaired the Judicial Planning Committee, which established a Commission on Gender Fairness in the Courts and Legal Profession. Justice Levine served 11 years and one month before resigning from the Court on March 1, 1996. She resides in Palo Alto, California.