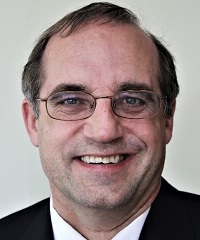 David Saxowsky, 66, of West Fargo, passed away in his home surrounded by his loving family on Friday, September 24, 2021.

David Milton Saxowsky was born in Dickinson, ND to Erwin V. and Erna M. (Ziegler) Saxowsky on November 13, 1954. He was raised on his family’s dairy farm near Hebron ND, which helped nurture a life-long passion for agriculture. He married Mary Dunnigan on August 28, 1976, at Olga, ND. Together they raised three children.

David graduated from Hebron High School in 1972. He earned a Bachelor’s Degree and a Master’s Degree in Agricultural Economics at North Dakota State University in Fargo, which is where he met Mary. He also earned a Juris Doctorate from The Ohio State University School of Law. After law school, David and Mary returned to Fargo where he began his career in the Agricultural Economics (now Agribusiness and Applied Economics) department at NDSU. David worked at NDSU for 39½ years before retiring in Spring of 2019. He was one of the first in the state of North Dakota to teach an interactive, remote-based class over the IVN system. He also taught classes at the University of North Dakota School of Law. David had a passion for education and loved both teaching and learning from others.

David enjoyed traveling with his wife, children, and later his grandchildren. His travels eventually took him to all 50 states and several foreign countries. David loved nature and visiting new places. He also enjoyed music, home improvement projects, woodworking, and making model wooden buildings, complete with furniture, for his grandchildren. David was happiest when he was surrounded by the chaos and love of his family.

David had a strong faith, which he passed on to his children and grandchildren. He was a lifelong member of St. John United Church of Christ in Hebron, ND.

He was preceded in death by his parents, father-in-law, and three brothers-in-law.

Memorials are preferred to the Great Plains Food Bank, Red River Zoo, Food for the Poor, or a charity of the giver’s choice.

Burial: A private family interment will take place at a later date.