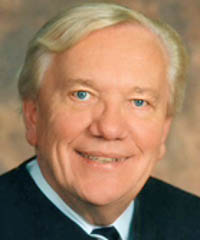 Kermit was born on January 13, 1937 to Margaret Brekke Bye and Kermit Bertherand Bye. He was born in the railroad section house in Hatton, North Dakota, as a blizzard made it impossible to get to a hospital.

Kermit and his two siblings, Carl and Marge, grew up in the community of Hatton, ND and he felt and maintained a deep connection and close ties to the area throughout his entire life. He was very proud of his heritage, being a 100% Norwegian Lutheran. His grandparents on both his mother’s and father’s side immigrated from Norway.

Growing up together in a small community like Hatton, he and Carol Beth attended school, church, and all activities together. They did not date until he went to UND and she went to Concordia. After they graduated, they were married, 63 years ago. Kermit referred to Carol Beth as his blonde scholarship as she taught school while he attended law school. They were devoted life partners, sharing undemanding love and were strongly committed to each other. She was his biggest booster.

Kermit Bye never forgot where he came from and never anticipated where he would end up. He was the BEST!

He graduated from Hatton High School in 1954, received his undergraduate degree in Business and Public Administration from the University of North Dakota in 1959 and his law degree (Juris Doctor, with honors) from the University of North Dakota School of Law in 1962. He is the first UND Law School graduate to be appointed as a United States Circuit Judge.

Judge Bye began his legal career working for the State of North Dakota as a deputy securities commissioner from 1962 until 1964. From 1964 until 1966, he served as a special assistant attorney general in North Dakota. He then served as an assistant U.S. attorney for the District of North Dakota from 1966 until 1968. Thereafter, he joined the Vogel Law firm in Fargo where he practiced in both federal and state trial and appellate courts from 1968 until 2000. He practiced law with dedication and integrity which was widely known. On April 22, 1999, he was nominated by President William Jefferson Clinton to the United States Court of Appeals for the Eighth Circuit. His nomination was unanimously approved by the U.S. Senate Judiciary Committee on November 17, 1999, and he was unanimously confirmed by the U.S. Senate on February 4, 2000. Judge Bye assumed senior status on April 22, 2015.

Judge Bye served on the United States Judicial Conference Advisory Committee on Appellate Rules and on the Eighth Circuit Judicial Council as chair of the Court Reporter Management Committee and the Rules Committee.

Kermit was a member of Hope Lutheran Church where he served on the church council, and importantly, he was one of the founders of the Hope Lutheran Foundation. He had a quiet and reserved faith and led by example. He was a good and faithful servant. He was a member of the Lions Club, the Sons of Norway, the Rotary Club and the Elks Club.

He had a lifelong interest in photography. As many of you know, he took thousands of photos. He enjoyed following all sports. He especially loved the game of hockey, following the UND Fighting Sioux (now the Hawks) for many years! He taught his family the joy of travel. He felt travel was important for learning and made sure to take his family through most of the United States and Canada.

The diagnoses of Alzheimer’s disease challenged many of the qualities that defined him. However, he made the very best of a difficult situation, setting an extraordinary example for all of us. Kermit enjoyed being at his lake home on Pelican Lake and so enjoyed, in the last years, the long and leisurely boat rides. Those rides brought him a feeling of calm and contentment.

Kermit Bye was a kind man devoted to his family, the law and had a deep love for both. He was a very down to earth person and titles never changed him.

The family expresses its sincere gratitude to the entire staff and caregivers at Eventide Memory Care Unit, Sanford ICU and Hospice House. Your concern, support and tender care made all the difference to our entire family in the last several days of his life.

A memorial service will be held on Saturday, March 27 at 1:00 pm at Hope Lutheran Church, 2900 Broadway N, Fargo, ND. We kindly ask that all who attend wear masks. There will be live streaming of the service at www.hansonrunsvold.com.

Memorials are preferred to the Hope Lutheran Church Foundation, the UND School of Law and the Alzheimer’s Association.