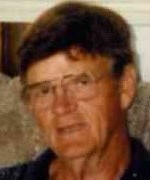 Raymond M Hagen, 93, a lifelong Beulah resident passed from this life to be with Jesus on July 3, 2021 at the Garrison Memorial Hospital with his family comforting him until the end. Services will be held at 10 a.m. CDT, Thursday, July 8, at Zion Lutheran Church, Beulah, with Reverend Dan Paulson officiating. Burial will be held at the Veterans Cemetery in Mandan at 2 p.m. following the services and lunch. Visitation will be one hour before service at the church.

Raymond was born on Oct. 10, 1927, in Logan Center Township, Grand Forks County. He was the seventh and final born to Henry and Olga (Jacobson) Hagen. He attended school at Logan Center and graduated High School. He went on to NDSU for undergraduate and then to the University of North Dakota Law School. He graduated on June 9, 1957 with a Juris Doctorate of Law. He married Marian Day of Larimore in 1951. To this marriage five children were born. Mark, John, Mary, Ann and Barb. They divorced after 29 years of marriage but remained part of each other's life until her passing.

Ray served in the Army from 1950 to 1952 as a paratrooper in the 11th Airborne division. He completed over 30 parachute jumps. Not bad for a North Dakota farm boy. He was proud to have served. He did not see active combat.

Following the army and his graduation from law school he worked for the ND state Tax Dept. He came to Beulah and opened up his own law practice in the late 1958 or 1959. He continued to practice until his retirement at 67. He maintained a close relationship with all those at the Law Office and enjoyed working with them. He couldn't have had a better group of people to work with. He was deeply involved in many projects over the years to improve and promote Beulah. He was most proud of the completion of the first swimming pool and the early baseball field and improvements on the Beulah Golf Course. He was a member of the Zion Lutheran Church and served on the church council, was city attorney, and served as states attorney for a period of time.

Ray's greatest love was golf, reading and sports. He spent many years on the Beulah Golf Course improving his game and just enjoying being outside and walking the course. The last time he walked the golf course was in his early 80s. He taught his grandsons the love of golf at an early age, making them clubs and spending lots of time at the driving range with them. They will cherish those special memories they had with their Grandpa Ray. He also loved to read history and up until his eyes failed him a few months ago continued to read constantly. As a lawyer, the constitution was a great subject for him. He appreciated what a great country we live in and was proud and lucky to be an American. Ray loved to follow sports, especially the Beulah Miners, NDSU Bison, Sioux hockey and the Vikings. I am sure he is still mad about all the money they paid Kirk Cousins, as that was a topic before and after every Vikings game.

He was preceded in death by his parents, siblings, Allen, Parnell, Orville, Gladyce, and Adaline and his former wife Marian Hagen Gompper.

In lieu of flowers, memorials are preferred to the Garrison Golf Course.