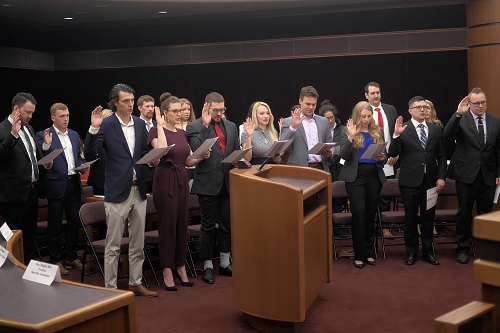 Nineteen new lawyers were admitted to the North Dakota bar during a ceremony on April 26 in the Supreme Court's Ralph Erickstad courtroom. 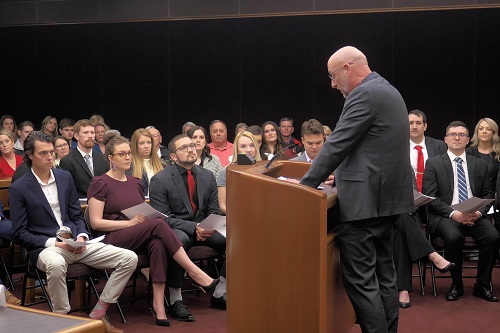 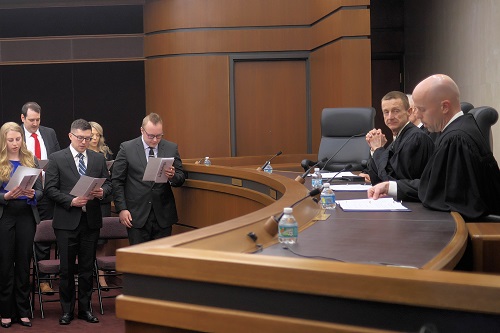 Justice Jerod Tufte led the new admittees in the Lawyer’s Pledge and later administered the Oath to the new lawyers.

Southeast Central Judicial District Judge Doug Bahr, President of the State Bar Association, encouraged the new admittees to to consider their reputations as they progress in their careers and to look to SBAND for help if they need it.