In a ceremony on Nov. 21, the justices of the North Dakota Supreme Court dedicated a conference room in honor of former Supreme Court Justice Beryl Levine.

Justice Levine was the first woman to serve on the North Dakota Supreme Court. She was appointed to serve on the court on January 17, 1985 by then-governor George Sinner and served until her retirement on March 1, 1996. 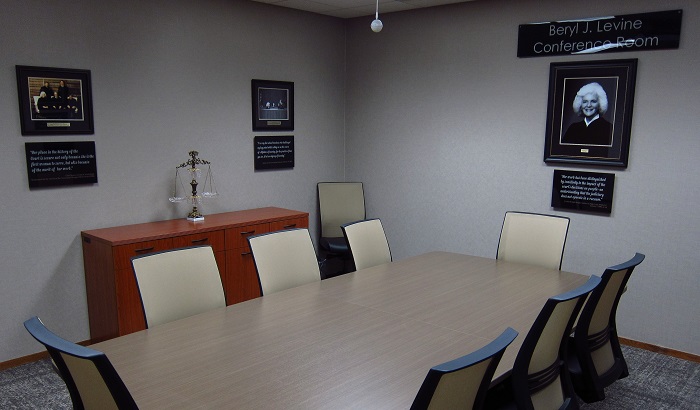 The Supreme Court chose to dedicate the conference room in honor of Justice Levine because of her dedication to the rule of law and her efforts to ensure that the judicial process was fair and impartial.

Throughout her legal career, she was known as an outspoken advocate for the elimination of racial and gender discrimination. She expressed her thoughts on discrimination in a concurring opinion in Swenson v. Northern Crop Ins., Inc., 498 N.W.2d 174, 187 (N.D. 1993) (Levine, J., concurring specially), when she wrote, “Discrimination is not a tale of hurt feelings, unkind behavior or inconsiderate conduct by one against another…that it strips its victim of self-esteem, self-confidence and self-realization is the nub of its evil and the stuff of its outrageousness.”