The Supreme Court visited the UND School of Law on Oct. 30-31 to hear oral arguments, judge the moot court competition, and meet with students. 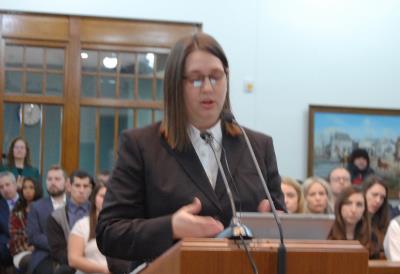 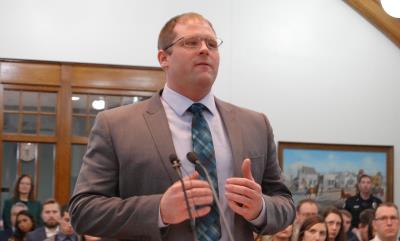 Josh Frey argued on behalf of the state in the Legare case. 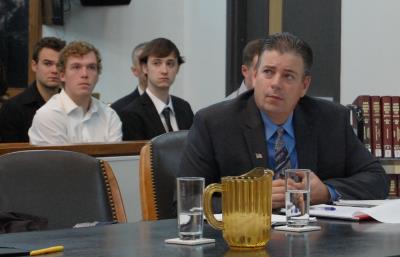 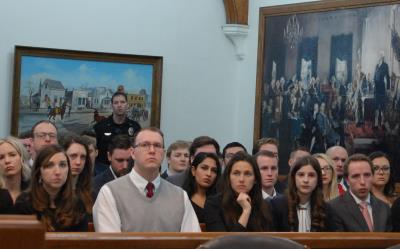 First and second year law students listen to the arguments in Legare. 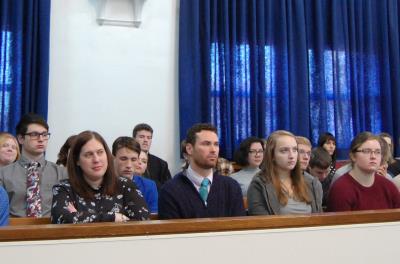 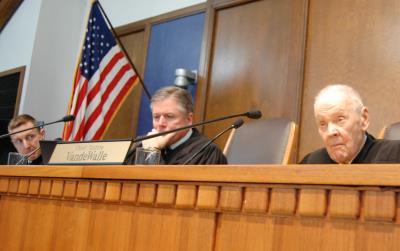 The Court listened intently to the arguments. 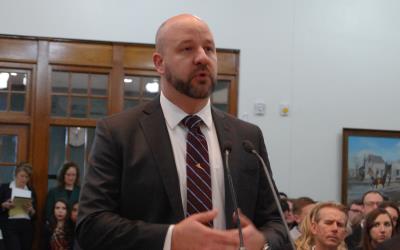 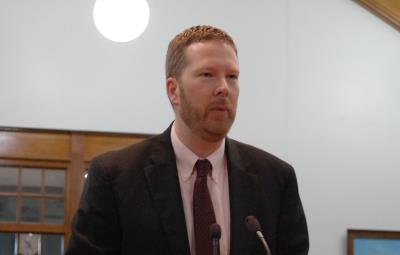 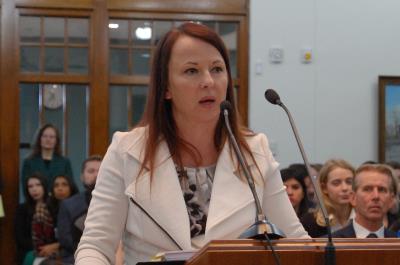 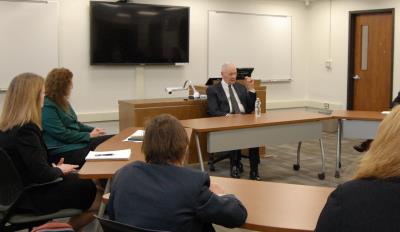 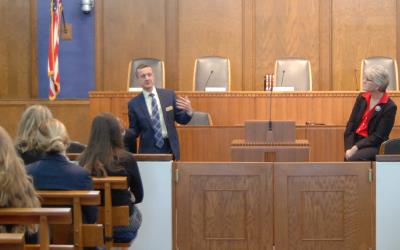 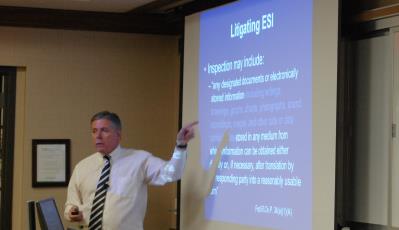 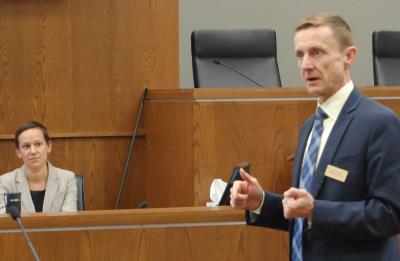 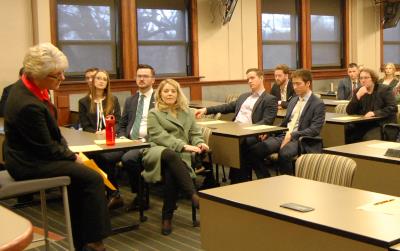 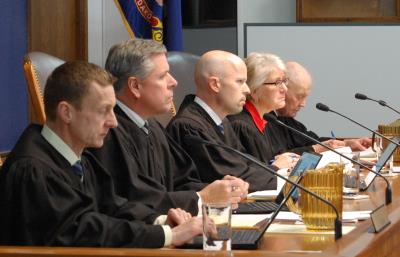 The Court judged the moot court finals on Oct. 30. 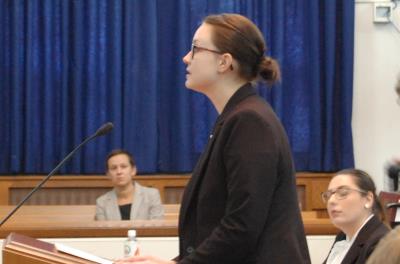 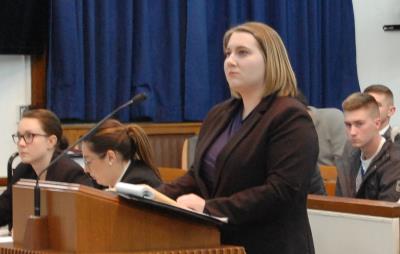 Martha Amdahl and Logan Caldwell argued for the Appellee in the finals.

The Court posed after the arguments with the moot court board, Ana Nykolayow, Liz Kriz, Abigale Griffin, Eric Koppy and Kelsey Stock. 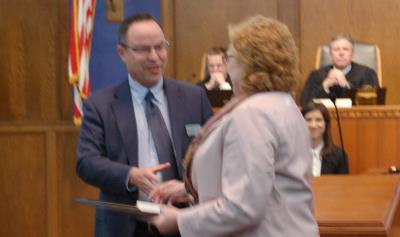 Clerk of the Supreme Court Penny Miller was recognized by Dean Michael McGinniss on behalf of the law school for her many years of service to the Court and the law school. 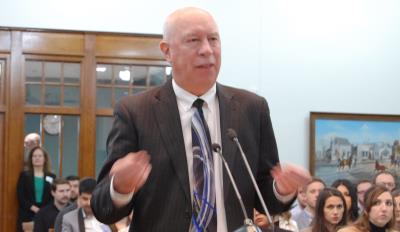 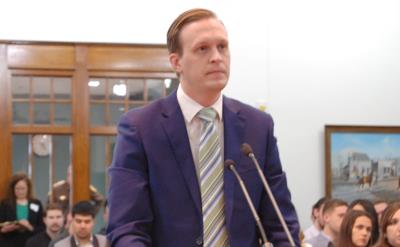 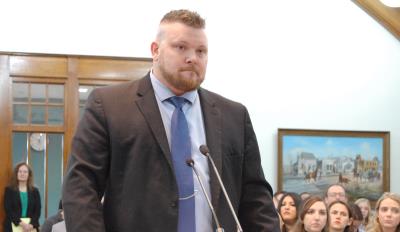 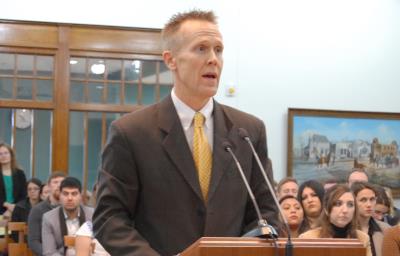 Reid Brady argued on behalf of the state in the Job case. 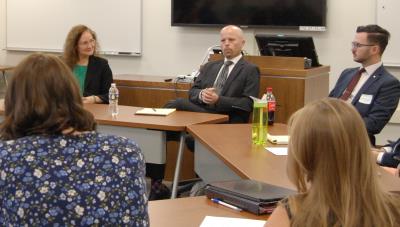 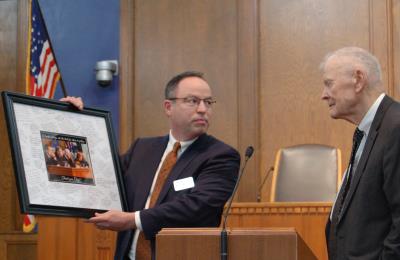 Dean McGinnis presented an inscribed photo to Chief Justice VandeWalle thanking him for his years of service as Chief Justice.