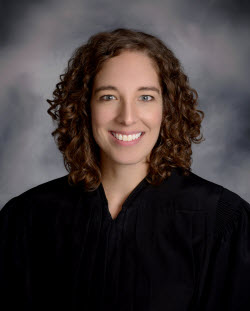 Born in Belfield, ND and raised on a ranch near Grassy Butte, ND. B.S. degree in Criminal Justice from North Dakota State University, 2006. Law degree from the University of Minnesota Law School, 2010. In private legal practice in Bismarck, ND, 2010 to 2015. Staff Attorney for the ND State Court Administrator Office, 2015 to 2018. Judicial Referee and Magistrate for the South Central Judicial District, 2018 to 2021. Appointed District Judge in 2021 by Governor Doug Burgum.

Judge Nuchols was born in Maryville, Tennessee on March 1, 1871. He attended College and Law School at the University in Tennessee, where he also was admitted to the Bar and practiced law until 1902, when he moved to Mandan, North Dakota. He was City Attorney of Mandan for three years. In 1911 he was appointed Judge of the Twelfth Judicial District, by Governor John Burke, serving until his resignation in 1915. He then entered private practice in Mandan, North Dakota. In 1919 President Wilson appointed him Assistant United States Attorney, with headquarters at Fargo, North Dakota, which position he held until 1921, when he again entered private practice at Bismarck, North Dakota. Judge Nuchols died January 1, 1928. 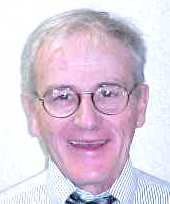 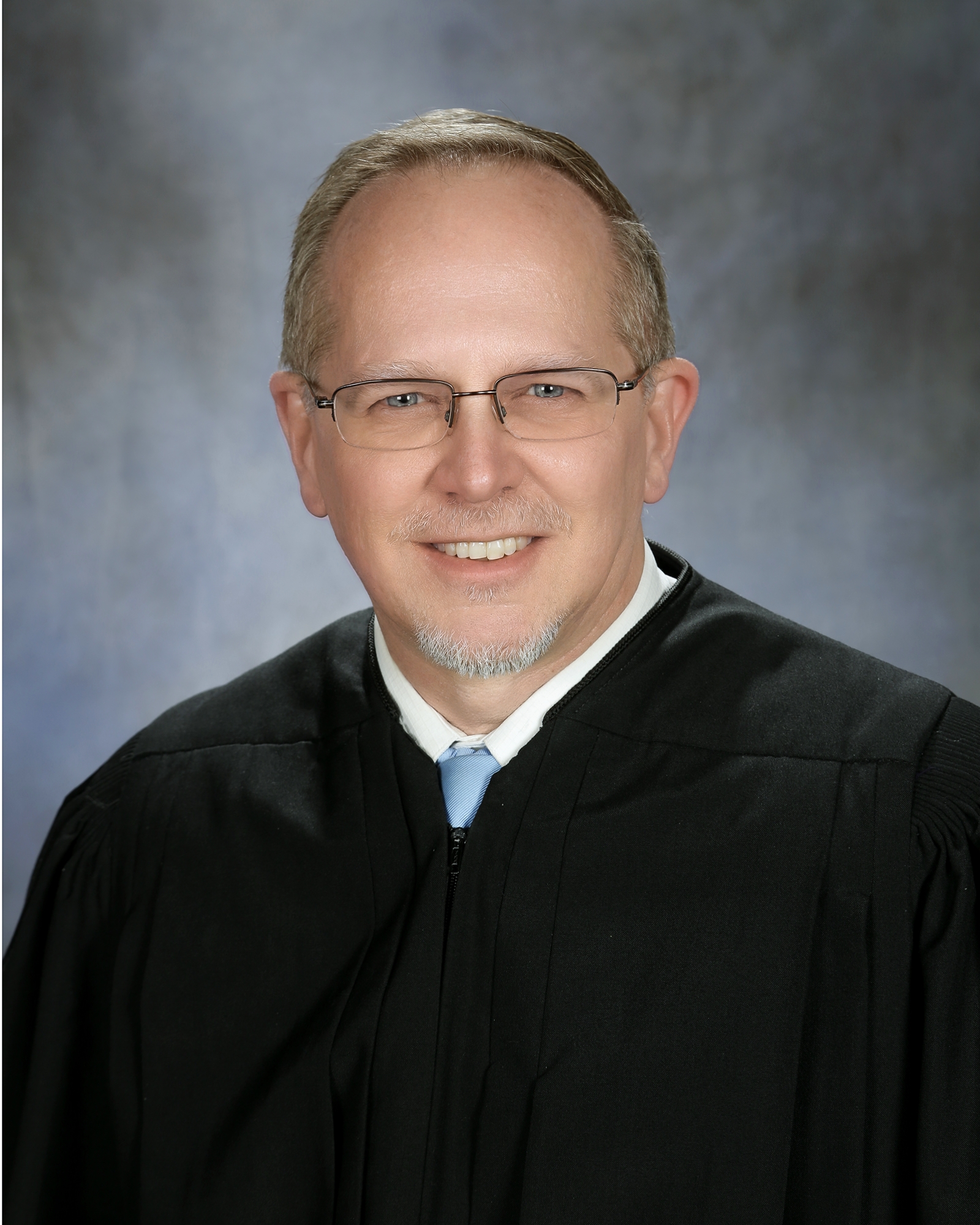 Judge Pollock was born in Elizabethtown, Essex County, New York, September 27, 1853. He attended Cornell College at Mt. Vernon, Iowa, from where he graduated in 1878 with a B. A. degree. In 1881 he graduated from the Law Department of the University of Iowa, he then opened a law office in Fargo, North Dakota. His Alma Mater conferred upon him the Master of Arts degree in 1881, and L. L. D. degree in 1908. He lectured in the Law Department of the University of North Dakota in 1900. In 1885 he was elected District Attorney of Cass County, then Dakota Territory, which position he occupied until 1889. He was president of the North Dakota Bar Association in 1921. He served as Judge of the Third Judicial District from 1897 until 1916. Judge Pollock died on July 9, 1928.

Judge Pollock was born in Casselton, Dakota Territory, on December 29, 1888. Educated in the Casselton and Fargo, North Dakota, public schools. For professional reasons the family moved to Fargo in 1897, where he received his B.A. degree from the Fargo College, in 1909. He graduated from the Harvard Law School in 1912, then returned to Fargo where he entered in the practice of law with his father and brother in the Pollock & Pollock Firm. He became State's Attorney in 1927, serving two terms, was appointed Juvenile Commissioner, First Judicial District February 1, 1931, served until he was appointed Judge of the First Judicial District, by Governor Fred G. Aandahl, on October 23, 1946, served in that capacity until his death on August 9, 1958.

Judge Porter was born in Willmar, Minnesota on July 13, 1889. Educated in the local public schools, received a L. L. B. degree from the University of Minnesota in 1913. Admitted to the Bar in the State of Washington in 1915 and commenced the practice of law in partnership with his father, Samuel Porter, at Republic, Washington. He returned to the State of Minnesota and for eighteen months he was employed in the Legal Department of the Soo Line Railroad in Minneapolis. In 1919 he moved to Edgeley, North Dakota, and engaged in private practice. He moved to LaMoure in 1938 and served several terms as State's Attorney of LaMoure County. In 1948 he was appointed Judge of the Third Judicial District by Governor Fred G. Aandahl, he resigned from the bench effective January, 1963. Judge Porter died on November 4, 1966.

Judge Pugh was born on a farm near Petersboro, Ontario, Canada, July 6, 1868. He received his primary education in the country school, and went to the Petersboro High School. In 1887 he went to Detroit, Michigan and studied law in the office of an attorney, in 1891 he was admitted to the Michigan State Bar. In 1897 he came to Larimore, North Dakota, to practice law, in 1910 he moved to Dickinson, North Dakota, where he practiced law until 1920, when he was elected Judge of the Sixth Judicial District. He served in that capacity until his death on January 14, 1933. 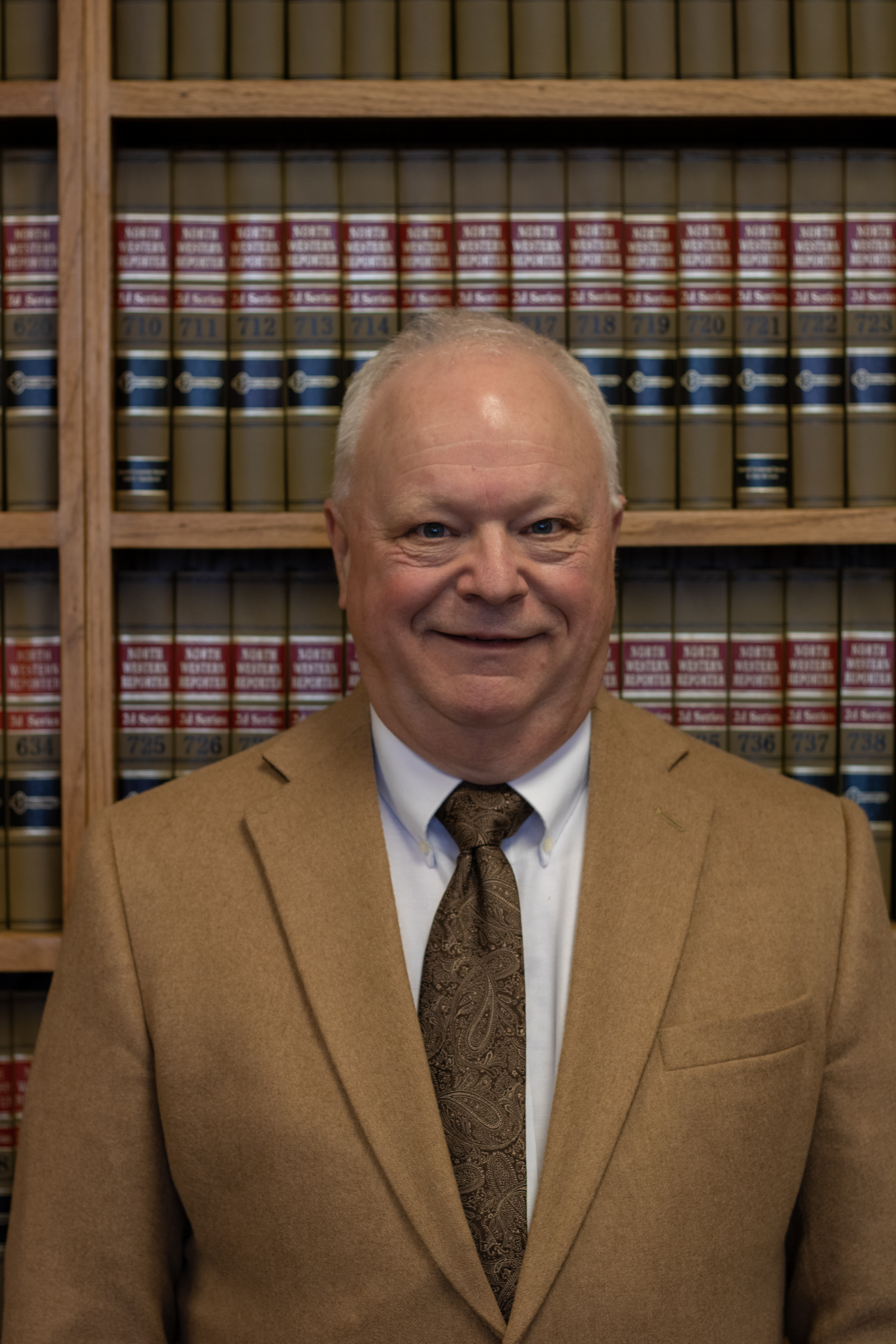 Judge Redetzke was born in Alice, North Dakota, January 14, 1905. Attended grade and high school in Fargo, North Dakota. Graduated from the University of North Dakota Law School in 1927. He practiced law in Fargo for thirty-one years; Assistant State's Attorney of Cass County for sixteen years; Special Assistant Attorney United States Department of Justice, Lands Division, for three and one-half years. On October 1, 1958 he was appointed Judge of the First Judicial District, by Governor John E. Davis, he served in that capacity until 1978. Judge Redetzke died on May 11, 1982.

Judge Rittgers was born in Lone Pine, California, January 13, 1884. When he was three years old he moved with his parents to Emmetsburg, Iowa, and thereafter they moved to Glenwood, Minnesota, where he attended high school. He then attended the University of Minnesota for one year, after that he attended business college in Fargo, North Dakota. He graduated from the University of North Dakota Law School and was admitted to the North Dakota Bar, June 30, 1913. He practiced law in Medina, North Dakota, for three years before moving to Jamestown. He served as State's Attorney of Stutsman County for twelve years and City Attorney of Jamestown for eighteen years. On September 15, 1953 he was appointed Judge of the Fourth Judicial District by Governor C. Norman Brunsdale, to fill the unexpired term of Judge McFarland. He served in that capacity until 1960. Judge Rittgers died on December 26, 1971.

Judge Rose was born in Smiths Falls, Canada, May 15, 1838. He moved with his parents to Woodstock, Canada, where he received his education. In 1858 he moved to Iowa where he was principal of the Montezuma and Davenport schools for twelve years. He was admitted to the bar at Davenport, Iowa in 1871; practiced law in Davenport; served three terms as mayor of that city before coming to Jamestown, North Dakota in 1882. He continued to practice law until 1888, when he was appointed Associate Justice of the Supreme Court of the Territory of Dakota by President Cleveland. After statehood he was elected Judge of the Fifth Judicial District, serving through 1896. In 1900 he was elected State's Attorney of Stutsman County and served in that capacity until his death on September 10, 1903. 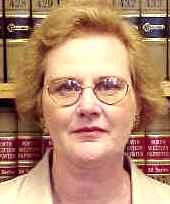