Justice Gerald W. VandeWalle has sent the letter below to the Governor notifying Governor Doug Burgum of his retirement from the Supreme Court effective January 31, 2023.

Justice VandeWalle was appointed to the Supreme Court by Governor Arthur A. Link in 1978, after nearly twenty years as an Assistant Attorney General.  He was elected Chief Justice in 1993 and was re-elected in 1995, 2000, 2005, 2020, and 2015.  He stepped down as Chief Justice December 31, 2019, and remained on the Court.  He was the longest-serving Chief Justice in North Dakota.

He is active locally and nationally and served as chair of numerous esteemed organizations.  He is held in the highest regard by his colleagues and by court leaders around the country.

Justice VandeWalle’s contributions to the justice system in North Dakota are significant and leave an indelible mark on North Dakota history.  His warmth and kindness will be missed by those of us who had the privilege to work with him.

The final words in his resignation letter epitomizes his spirit, “It is great to be a North Dakotan!” 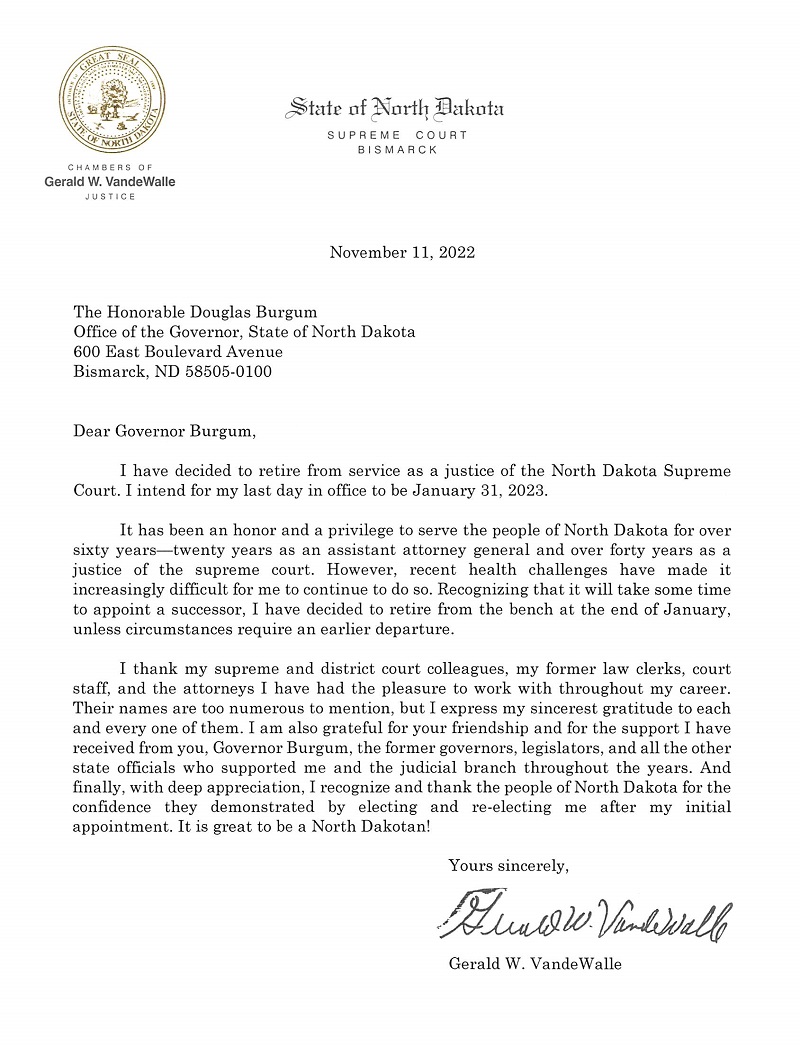