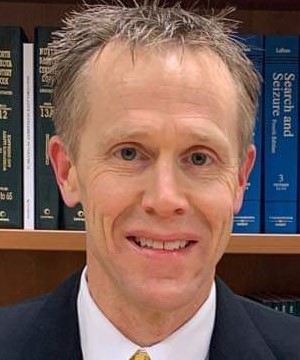 Judge Broderick was born in Winona, Minnesota, December 27, 1885. He graduated from the Winona High School and received his law degree from the University of Minnesota. He was admitted to the Minnesota Bar in 1909. He moved to Mandan, North Dakota, later that year and was admitted to the North Dakota State Bar in 1910, he was associated with the Hanley and Sullivan law firm for about ten years. In August, 1944, Governor John Moses appointed him Judge of the Sixth Judicial District. He served in that capacity until his death on February 18, 1953.

Judge Buttz was born near new Hope, New Jersey, August 1, 1875. He came to Ransom County, Dakota Territory, March 1, 1881. He attended the North Dakota Agricultural College and graduated from Law School of the Minnesota University. He was admitted to the Bar in 1900. From 1908 to 1913 he was Assistant State's Attorney of Benson County. In 1910 he was appointed Judge of the Second Judicial District, by Governor John Burke, he served in that capacity until his death on October 25, 1948. 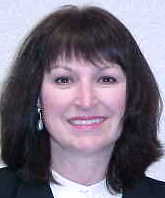 Judge Coffey was born in Lenoir, North Carolina, on July 4, 1872. He attended school at Lenoir, until moving to Portland, Oregon, where he graduated from high school. He received his B. A. degree from the University of Idaho, and L. L. B. degree from the University of Minnesota. He came to Courtenay, North Dakota in 1902, where he practiced law until 1910. In 1911 he was appointed Judge of the Fifth Judicial District by Governor John Burke, he served in that capacity until 1919, when the judicial districts were revised he became Judge of the Fourth Judicial District from 1919 until 1928. He returned to private practice, and was briefly associated with Alvin C. Strutz, and later headed the firm of Coffey, Mackenzie and Jungroth in Jamestown, North Dakota. Judge Coffey died on November 27, 1957.

Judge Cole was born in Avon, Wisconsin, October 8, 1858. In the spring of 1863, he moved with his parents to Minnesota where he received his grade school education. In 1884 he moved to Ellendale, North Dakota, where he engaged in the grain-buying business and began the study of law. In 1891 he was admitted to the Bar, by Judge Lauder of Wahpeton, North Dakota, and the following year was admitted to the Bar by the Supreme Court of North Dakota. He was a member of the first North Dakota Legislature from Dickey County, serving one term, he also served as State's Attorney of Dickey County. In 1917 he was elected Judge of the Third Judicial District, he served until 1919, when the judicial districts were revised he became Judge of the First Judicial District from 1919 until his death on May 12, 1932.

Judge Cooley was born in Decorah, Iowa, on December 18, 1856. He graduated from the Literary Department of the University of Michigan in June 1878. During his vacations and after graduation, he studied law in his father's office, and was admitted to the Bar in the state of Iowa in 1879. In March 1882, he moved to a farm in Davison County, Dakota Territory. He served as County Superintendent of the schools of Davison County in 1885 and 1886. On July 5, 1900 he moved to Grand Forks, North Dakota. On January 9, 1913 he was appointed Judge of the First Judicial District, by Governor Louis B. Hanna. Judge Cooley served in that capacity until his death on September 12, 1927.

Judge Cowan was born in Moffat, Dumfrieshire, Scotland, December 29, 1858. In 1862 the family emigrated to Ontario, Canada, where he attended the common schools of Canada, graduating from the Ottawa Normal School in 1877. After that he studied medicine in the College of Physicians and Surgeons of Ontario for two years. He came to the United States in 1880, locating in Port Huron, Michigan, where he was a clerk for the Chicago & Grand Trunk Railroad Company. In 1881 he came to North Dakota and settled near Stump Lake, in Nelson County, later he moved to Devils Lake, where he began reading law and later entered the law office of John McGee, of Devils Lake, he then became a member of the firm of McGee & Morgan. In 1885 he was admitted to practice before the Territorial District Court, he opened his own law office that same year, later he became associated with P. J. McClory, under the firm name of Cowan & McClory. In 1890 he was elected State's Attorney of Ramsey County serving until 1894, when he was elected Attorney General of North Dakota, he was re-elected to this position three times. He served as Judge of the Second Judicial District from 1901 until 1912, surviving an unsuccessful impeachment attempt in 1911 Judge Cowan died on November 25, 1917.

Judge Coyne was born in Starkweather, North Dakota, May 5, 1915. He graduated from the Starkweather High School, he then entered the University of North Dakota at Grand Forks, and graduated from the University of North Dakota School of Law in 1938. He practiced law in Pembina County until entering the military, he returned to Pembina County following the war, in 1953 he moved to Minot, North Dakota. He was in private practice at Minot for a time, until he became a partner in the firm of Bosard, McCutcheon and Coyne. In June of 1967 he was appointed Judge of the Fifth Judicial District by Governor William L. Guy, with the term to become effective on August 1, 1967. He served until his death in March 11, 1971.

Judge Coyne was born in St. Paul, Minnesota, on August 31, 1887. He graduated from the St. Paul College of Law, later was admitted to the Bar in Minnesota and North Dakota. In 1912 he came to LaMoure, North Dakota where he entered in the general practice of law. During the years at La Moure he served several years as City Attorney and was State's Attorney of LaMoure County for ten years. In January of 1942 he was appointed Judge of the Third Judicial District by Governor Moses. Judge Coyne served in that capacity until his death on February 12, 1948.

Judge Crawford was born in Cedar County Missouri, on February 24, 1872. At the age of sixteen he left for college; teaching two years to procure means to continue his education. He graduated from Warrensburg State Normal College; taught two more years and served as Principal of the Warsaw Public Schools. He then entered the Missouri State University, from which he graduated in 1897, with the degrees of B. S. and L. L. B. He practiced law in Cedar County, Missouri, was twice elected as State's Attorney of Cedar County. He moved to Dickinson, North Dakota, in March 1903. He was elected Judge of the Tenth Judicial District in 1908, he served in that capacity until 1919, when the judicial districts were revised he became Judge of the Sixth Judicial District from 1919 until 1920. Judge Crawford died on February 28, 1961.

Born April 8, 1961 in Valley City, ND. Received his bachelor's degree from Minot State College in 1983 and his law degree from the University of North Dakota School of Law in 1986. Admitted to practice in North Dakota in 1986. Engaged in private legal practice in Minot, ND, from 1986-2009. Appointed district judge in 2009 by Governor John Hoeven. Elected District Judge 2012, 2016. Married, Linda, with three children.

Born 1964 in Valley City, North Dakota and raised on the family farm and ranch at rural Rogers, North Dakota. He is a 1982 graduate of Barnes County North; a 1986 graduate of Valley City State College; and received his law degree from the University of North Dakota School of Law in 1994. After graduation he became an associate at the Carol S. Nelson law firm of Valley City. He was elected and served as Valley City Municipal Judge from 1996-1998 at which time the Nelson and Lenaburg, Fitzner, Hooper firms merged and he served in the capacity of Assistant City Attorney for Valley City. He was elected Barnes County Commissioner in 1998 and served until 2002. In 2000 he became a partner in the firm of Lenaburg, Fitzner, Nelson, Hooper & Cruff. In 2005 he served briefly as City Attorney for Valley City before being appointed as the Barnes County State’s Attorney where he practiced as a prosecutor until he was elected to the bench in 2012 for the Southeast Judicial District, chambered in Wahpeton, North Dakota; term commencing January 1, 2013. He currently presides over the Richland County DUI Court. He was reelected in 2018. 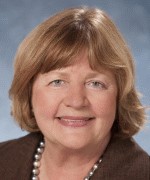 Judge DePuy was born in New Brunswick, New Jersey, April 14, 1869. After his graduation from high school he purchased a weekly newspaper, which he operated for one year. In 1890 he graduated from law school, and in 1892 he came with his father, Attorney William R. DePuy, to Minot, North Dakota. He practiced law with his father in Minot for a time and served as Mayor for two terms. He moved to Grafton in 1906, where he served as State's Attorney of Walsh County from 1906 to 1920. In 1943 he was appointed Judge of the Second Judicial District, by Governor John Moses, served in that capacity until 1946. Judge DePuy died on February 22, 1949.